1.       Hellenic Love of
2.       Alexander’s Great Dream of Ecumenical Hellenism
3.       The Strange Affair of a Country Called FYROM
4.       Remembering ’s Glory and Tragic End
5.       Fall of and the Rise of Renaissance
6.       Greek Identity Crisis: Christian Orthodox and Hellenic
7.       Hellenism and Christianity: “The Passion of the Greeks”
8.       Glossa and Paideia: The Soul of Historical Hellenism
9.       New Portrait of Odysseus: The Hellenic Cultural Hero
10.    Central Place of Hellenism: Between East and West
11.    The Role of in the Geopolitical World
12.    Perfecting the Political Animal: A Hellenic Perspective
13.    Two Versions of Platonism: Hellenic and Christian
14.    Potential Threats to Freedom: Timely Political Thoughts
15.    “:” A Potential Political Nightmare
16.    and : As Heirs of Byzantine Culture
17.    ’s Historic Debt to Orthodox Christianity
18.    and : United in the European Union?
Part Two: , , and
19.    and : Facing the Future
20.    in the EU: But Which ?
21.    European Identity in Crisis Again
22.    The Present Turkish Political Dilemma
23.    Turkish Version of Militant Islam: More Menacing
24.    Islamists vs. Kemalists: The Coming Storm in
25.    Needs no Enemies, with Friends like
26.    Achievement of Bush: United Islamic Sects against the
27.    Resign: The Right Thing to Do for President Bush
28.    Global Autocratic Hegemony: American Political Hubris
29.    Another Iranian Surprise: From Khatami to Ahmedinejad
30.    Third Wave of Militant Islam: Political Proposal for Peace
31.    Between US and UN: As Seen by a Diplomat
32.    Pope’s Trip to and Appeal to Reason: Too Little, Too Late
33.    Global War on Terrorism and the Future of
34.    Christianity and Islam: Devious Faiths of Abraham
35.    Epilogue: Hymn to Human Folly
Index
Prologue
This book is a collection of timely political articles and essays for the 21st century and the third millennium. They focus mainly on political themes relevant to Greek/Turkish relations and the problem, as well as obstacles that faces in the EU, and the problems that the war on terror has created for them all.
Shorter earlier versions of some of the articles and essays were published in Hellenic News of America and in National Herald, two newspapers of the Greek-American Community, or in the political journals Mediterranean Quarterly (no. 9 and no. 32) and Global Dialogue (no. 29). I would like to thank the editors of these journals for the permission to publish the reworked versions in this volume for the benefit of the Greek-American Community, the Hellenic Diaspora, and the general public, which may have an interest in these politically sensitive themes. Students of political philosophy, active politicians, and diplomats especially will find in these essays some useful insights.
With the exception of the last item of the collection which is in poetic verse, all the rest are written in lucid and accessible prose. To follow the train of the thoughts and discussions in them does not require a special training or background, other than the intelligence and education of an average person with an interest in the topics covered by the collected items. Nevertheless, the thinking in some of them is unconventional, original, and thought provoking.
Since the entire collection was written or reworked after the tragedy of , a spirit of urgency and timeliness permeates it as a whole. Also, a disproportionate emphasis is placed on religion because it directly affects the politics of these countries. Historically, the conflict between messianic Christianity and militant Islam has shaped the political fates of and , the Mediterranean world, the , and . For good or ill, the has been pulled into this strife in its attempt to control the global world and, if possible, to impose its political will as the only hegemonic power at the present time.
The collection is divided evenly into two parts. The first part comprises pieces whose main themes relate to , , and , and the politics of their complicated relations. To the conventional perception of these countries as mortal enemies, a new position is advanced in several of the essays stressing their common historical and cultural bonds as heirs of Byzantine culture and as potential collaborators in the future, within or outside of the European Union. It is hoped that Greek, Cypriot, and Turkish diplomats especially will take advantage of the new perspective and work harder for security and stability in the region of .
In the second part of the collection are placed essays and articles that deal with and the politics of its aspiration to join the European Union as an equal partner. The question of the Turkish and European identities is raised and discussed in several pieces, in addition to the impact that the war on terror may have on both Muslim Turkey and Christian Europe in the long term. European and American diplomats and political leaders will find here useful historical analysis and insights, which can be utilized effectively to solve the persisting problem of elusive peace in this part of the world and in the face of economic conflict and religious fanaticism.
Written by a person of Hellenic ancestry, a trained philosopher, sensitive poet, and free spirit, the items of this collection are characterized by frank talk, freedom of thought, fresh ideas, and historical insights that penetrate the past sharply, as they try to discern the future of humanity. In some of the essays, the author’s love and praise for things Hellenic is apparently exaggerated. However, if anything in human history deserves excessive eulogy and praise, it should be, without doubt, the Hellenic spirit of passionate love of freedom and democracy. There is, inevitably, some overlapping of themes and repetition of thoughts in some of the most appealing essays.
As seen from the Hellenic perspective, human history is replete with the tragic and comic elements of life and, therefore, it is didactic indeed. We may as well learn to laugh at its many comedies, while trying our best to limit and lessen the impact of its unavoidable tragedies.
September 2007
Αποσπάσματα από το βιβλίο παρουσιάζονται εδώ στην Ιστοσελίδα ΠΟΛΙΤΙΚΗ ΣΚΕΨΗ 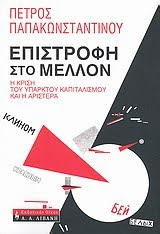 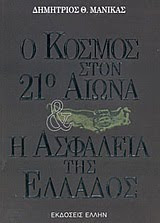 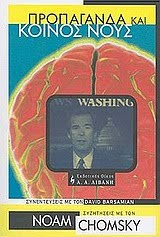 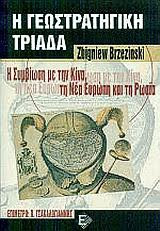 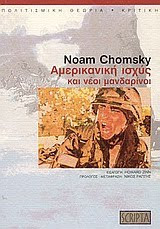 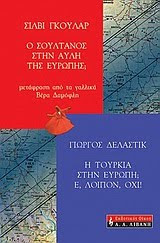 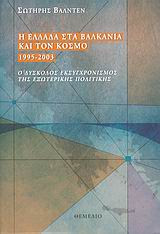 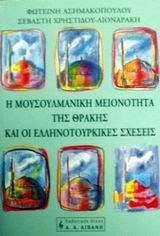